Italy is a European country with a long Mediterranean coastline, has left a powerful mark on Western culture and food. Its capital, Rome, is a homonymous province and home to the Vatican as well as landmark art and ancient ruins. The region of Lazio in Rome has an approximate 2.7 million residents. It is the country's largest and most populated commune and fourth-most populous city in the European Union by population within city limits. The city is in the central-western portion of the Italian Peninsula, on the Tiber within Lazio (Latium). Rome has the status of the global city. It is the only city in the world to contain in its interior a whole state; the enclave of Vatican City. Rome is the 11th most visited city in the world, 3rd most visited in the European Union and the most popular tourist attraction in Italy. The city is one of Europe's and the world's most successful city "brands", both in terms of reputation and assests.

It is a sprawling, cosmopolitan city with nearly 3,000 years of globally influential art, architecture and culture on display. Ancient ruins such as the Forum and the Colosseum evoke the power of the former Roman Empire. Vatican City, headquarters of the Roman Catholic Church, has St. Peter’s Basilica and the Vatican Museums, which house masterpieces such as Michelangelo’s Sistine Chapel frescoes. Rome’s history spans more than two and a half thousand years. While Roman mythology dates the founding of Rome at only around 753 BC, the site has been inhabited for much longer, making it one of the oldest continuously occupied sites in Europe.

The city’s early population originated from a mix of Latin’s, Etruscans and Sabine’s. Eventually, the city successively became the capital of the Roman Kingdom, the Roman Republic and the Roman Empire, and is regarded as one of the birthplaces of Western civilization and by some as the first ever metropolis. It is referred to as “Roma Aeterna” (The Eternal City) and “Caput Mundi” (Capital of the World), two central notions in ancient Roman culture. After the fall of the Western Empire, which marked the beginning of the Middle Ages, Rome slowly fell under the political control of the Papacy, which had settled in the city since the 1st century AD, until in the 8th century it became the capital of the Papal States, which lasted until 1870.

April is a great time to visit Rome, Italy, when there’s a refreshing chill in the air. At this time of the year, the average temperature starts off at 12°C and increases to 15°C toward the end of the month. During this time of year, the city is subject to around 65mm of rainfall spread across 13 days, so there is a fair chance you’ll experience a shower or two during your holiday. On the other hand, Rome also enjoys ten hours of sunshine each day and an average sea temperature of 15°C toward the coast which is more than warm enough to enjoy a dip during your holiday.

Rome was a poem pressed into a city – Anatole Board.

Easter at Vatican City, Rome: April 21st marks the founding of Rome, also known as Rome’s birthday. The biggest and best celebrations are held on the weekend closest to the 21st and include musical concerts and parades. Various historical re-enactments are held at the Circus Maximus – the place where chariot races used be held, whilst the Colosseumhosts firework displays and gladiatorial performances.

Rome has been a centre for music with a thriving musicscene as it houses some prestigious music conservatories. It is one of the most popular cities for tourism for it archaeological and artistic treasures, views and unique traditions.

Roman artichokes are world famous dish.Cacio e Pepe and Da Danilo is the famous pasta dishes found in Rome. Culinary traditions stemming from cucina povera, or “peasant cuisine,” can be found across Italy. The city is known as a centre of white wine, especially with the warm territory

You’ll fall in love with Rome. 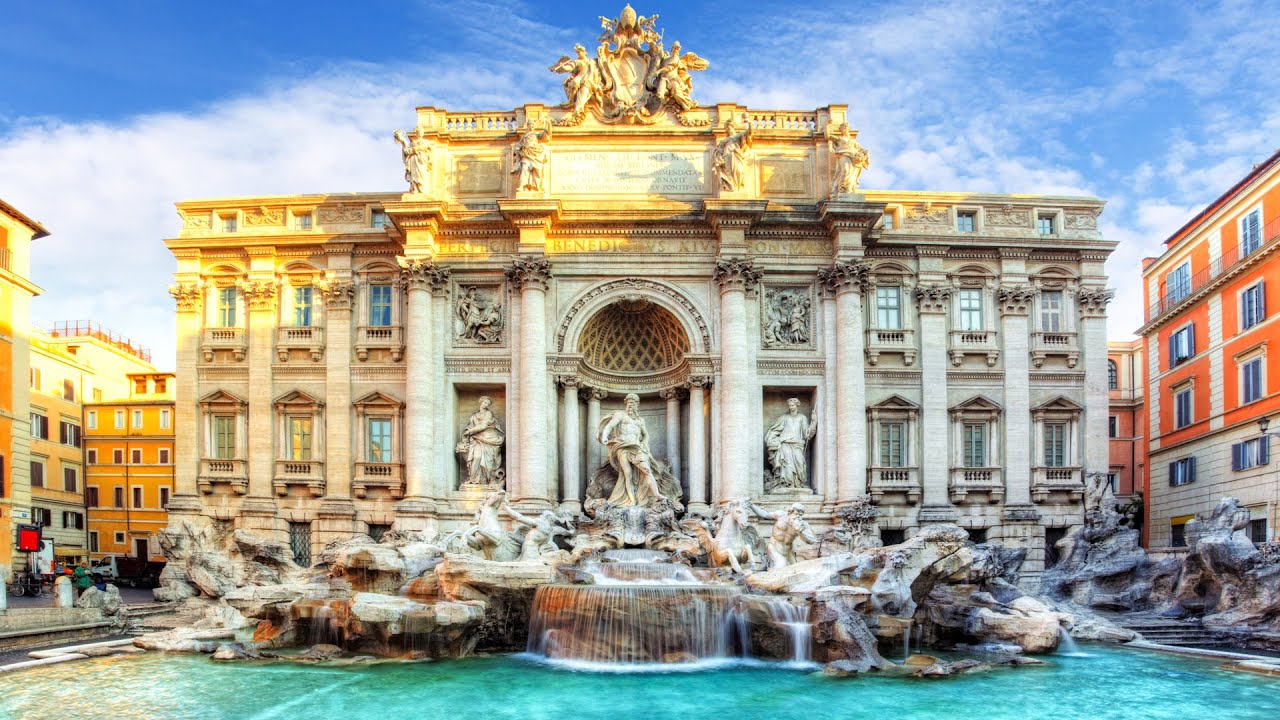